The Golden Tee Mobile Worlds is set and ready for YOU to compete for $30k! Below will cover everything you need to know about qualifying for Mobile Worlds! Make sure you're getting those games in so you are ready to qualify starting on Monday, July 12th, 2021!

What Is at Stake?

How Many People Will Compete in the LIVE Event?

Sixteen of the game's best players will compete in head-to-head matches. Those players will qualify on Golden Tee Mobile in one of our sixteen qualifying events that will take place on the game.

When and where will the Golden Tee Mobile World Championship take place?

Golden Tee Mobile Worlds will take place in Las Vegas, Nevada. The date and venue to be determined.

What Will the Format be in Las Vegas?

Head to Head play among the best players in the world in a double elimination bracket style tournament. Official rules for the event will be announced.

When and How Can I Qualify for the Golden Tee Mobile World Championship?

The first part of each weekly qualifier will take place in the Contest section of Golden Tee Mobile. A special Golden Tee Mobile World Championship Option will be available starting at noon CDT each Monday, giving players an exclusive mode to post their qualifying scores.

The eight players with the best 20-game average score for a given week will move to Qualifying Part Two. Each week, players will have the ability to play up to 10 games per day for 7 days. A player's best 20 scores for that given week will be averaged. This means, once a player has completed 20 games, a bad game or worse score won't hurt his/her average. A player must finish 20 games in a week to be eligible to qualify.

During the qualifier, players will be randomly placed on one of the current Golden Tee Mobile courses. There will no entry fee to compete in any of these events. The eight players with the top average score for a week will proceed to Part Two of the qualifier. In the instance of a tie, Great Shot Points will serve as a tiebreaker with Golden Tee Points serving as the next tiebreaker in the instance that it was necessary. Part one of each qualifier will close at 11:59 a.m. CDT time the following Monday, and the eight players with top averages will move onto the next phase. 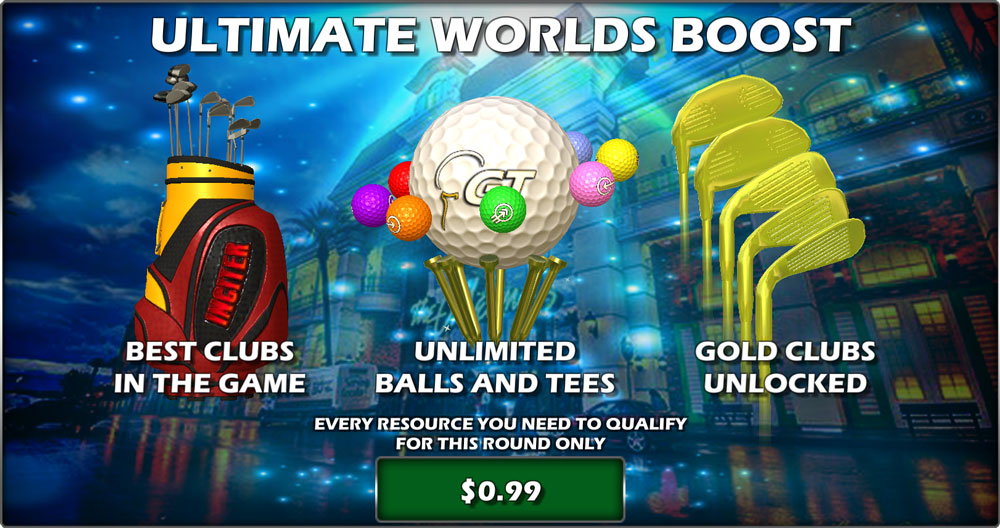 Each Monday, the top eight will then be asked to begin Head to Head play. A special H2H match will be created in the Head to Head portion of the game, automatically grouping players together.

The winner of each Head to Head match will then move onto the next round, which will take place the following day. Matches are single elimination. The schedule for H2H play throughout the week will be as follows, and participating players will have 24 hours to complete their games.

The schedule for each week will be as follows:

The winner of each weeks qualifying bracket will gain access to the Golden Tee World Championship.

As part of the process, all qualifying H2H games will be played across Golden Tee's various social channels-allowing participants and fans the ability to watch and enjoy the action themselves!

Once a player qualifies for the Golden Tee World Championship, they will secure their spot in Las Vegas. In the instance that they cannot attend the event, the second-place finisher from that week will be given the option to take their place.

Players are eligible to qualify each week, but those who have already secured a World Championship spot will not be placed in additional Part Two brackets.

Once all sixteen qualifiers are complete, the Golden Tee World Championship field will be set. 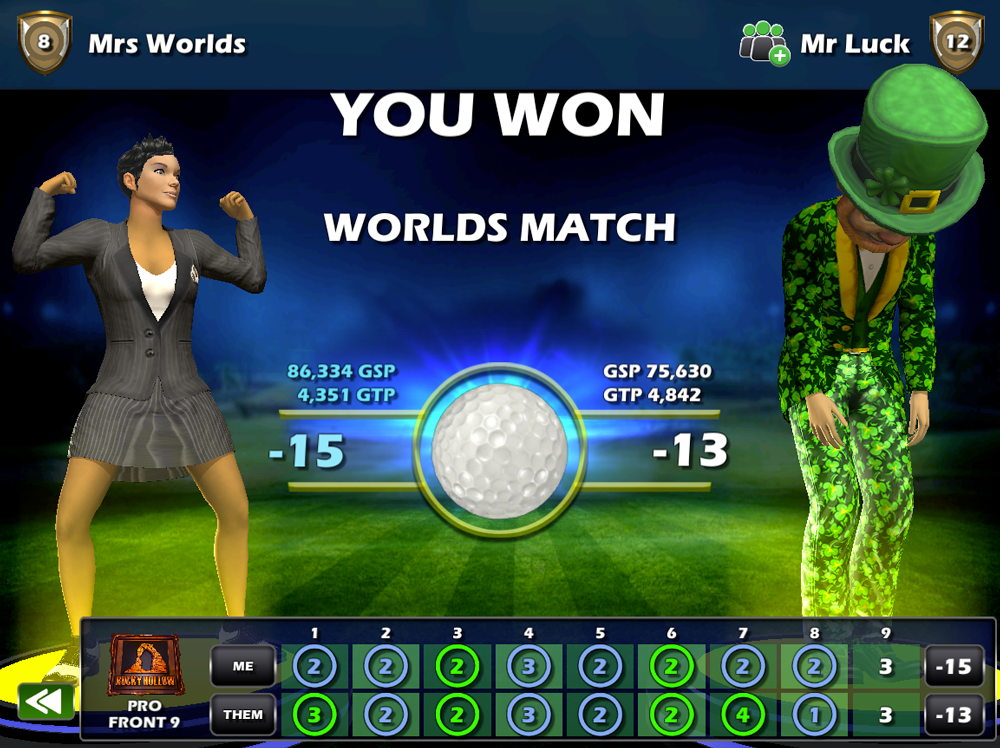 Where Will I Be Able to Find Results and Watch Qualifying Matches?

Golden Tee social media will be your hub for all things Golden Tee over the weeks and months ahead. Updated brackets, qualifying results and more will all be revealed shortly after completion. Full matches with commentary will also be posted on Golden Tee's YouTube channel and other social channels.

And Finally, a Message About Fair Play

If Incredible Technologies suspects any foul play during the qualifier, the players in violation will be banned from the event and permanently banned from Golden Tee Mobile. Please play fairly, using one account to attempt to qualify. If it is determined that a player manipulated qualifying results or Head to Head play in any way, that person will be permanently removed from playing Golden Tee Mobile.

Good luck! The spirit of Golden Tee Mobile, much like the arcade game, is alive and well. We look forward to this exciting next chapter of the game.